In view of the EU ETS revision, CEFS calls for the following points to be taken into account:

will cause the lack of a level-playing field hence the EU sugar sector runs the risk of sugar production moving outside Europe (i.e. carbon leakage). Carbon leakage protection must be set at the highest level allowing the European sugar industry to compete on an international level while investing in low-carbon forms of energy and traditionally in high efficient technologies (e.g. Combined Heat and Power systems).

> CEFS calls for the benchmarks to be based on technically achievable efficiency levels for the entire period 2021-2030. Benchmarks should be based on proven efficient technologies or Best Available Techniques. Subsidies for renewable energy will still be needed as an incentive to switch to low-carbon solutions. However the use of biomass as a fuel should not be accounted in the benchmark values as it is subject to local availability in rural areas during the beet campaign in winter months.       A total switch to biomass would lead to an increased demand, risking biomass imports from outside Europe thus causing market distortion and indirect emissions.

> CEFS favours the support of the most efficient Combined Heat and Power (CHP) plants through the adoption of a benchmark dedicated to high efficiency CHP systems used for industrial production. Moreover industrial CHP produced electricity could be supported within the ETS as a form of low-carbon energy by providing the same compensation for CHP electricity used on-site as for electricity imported from the grid.

> CEFS believes that compensation of indirect costs should be harmonized at EU level     for all sectors at risk of carbon leakage. CEFS therefore calls for the revision of the Commission’s guidelines of ETS indirect costs at Member State level.

Furthermore an appropriate regulation is necessary to enable an operator of a sugar plant to transfer production capacities to another sugar plant of his company while no technical enlargement happens.

CEFS represents 61 sugar companies across 21 EU Member States. Sugar beet is processed in the EU by 109 factories driving economic activity, especially in rural areas, and supporting around 140,000 European farm businesses and 180,000 direct and indirect jobs. All sugar plants fall under ETS, hence the EU sugar sector is considered an energy-intensive sector. The sector is on the current carbon leakage list (NACE 10.81).

The EU sugar sector is part of the @EUBioeconomy Alliance and strongly supports this letter, highlighting why the draft #taxonomy delegated act poses a serious threat to the bioeconomy sectors. Read the letter below 👇 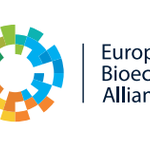 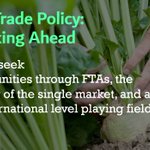