EU SUGAR MANUFACTURERS REACT TO THE EXTENSION OF THE BREXIT DEADLINE

EU sugar manufacturers welcome the agreement reached at yesterday’s European Council meeting to extend the UK’s membership of the European Union to 31 October 2019.

For now, the risk of the UK falling out of the EU without a deal is diminished. But it is not eliminated.

We hope strongly that cool heads will prevail and that the withdrawal agreement negotiated between the EU-27 and the UK will be ratified  as soon as possible.

As for the future relationship, we remain convinced that the best option to avoid disruption of EU-UK trade and of the EU sugar market itself would be for the UK to remain in the Single Market and customs union. Failing this, the EU-27 and the UK must do everything possible to avoid any disruption of the very substantial flows of sugar that are traded across the English channel.

A no-deal Brexit would be nothing less than catastrophic for the sector, which is currently suffering under the lowest prices in almost thirteen years. We therefore call on the European Commission to prepare contingency measures to support the sector should the UK fall out of the EU without a deal in the coming months

.@SugarEurope stands ready to work with @Food_EU @TimmermansEU @SKyriakidesEU @jwojc and continue in its #sustainability journey. #EUFarm2Fork complex issues need sustainable solutions ensuring that no sector and no people are left behind👨‍🔬👩‍🌾 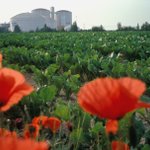 📢Thursday info: 1 hectare of #sugarbeets captures around 40 tons of CO2 per year, thereby contributing to the reduction of GHG emissions and the fight against #climatechange in the EU 🌿🧑‍🌾

This afternoon, the @EP_Environment will have an exchange of views with @VSinkevicius on #circulareconomy. In this context, #DYK that, in addition to #sugar, EU sugar manufacturers produce many co-products in order to maximise resource efficiency?🧑‍🌾👩‍🔬 Check out the link below!